Belief, Truth and the difference between the two 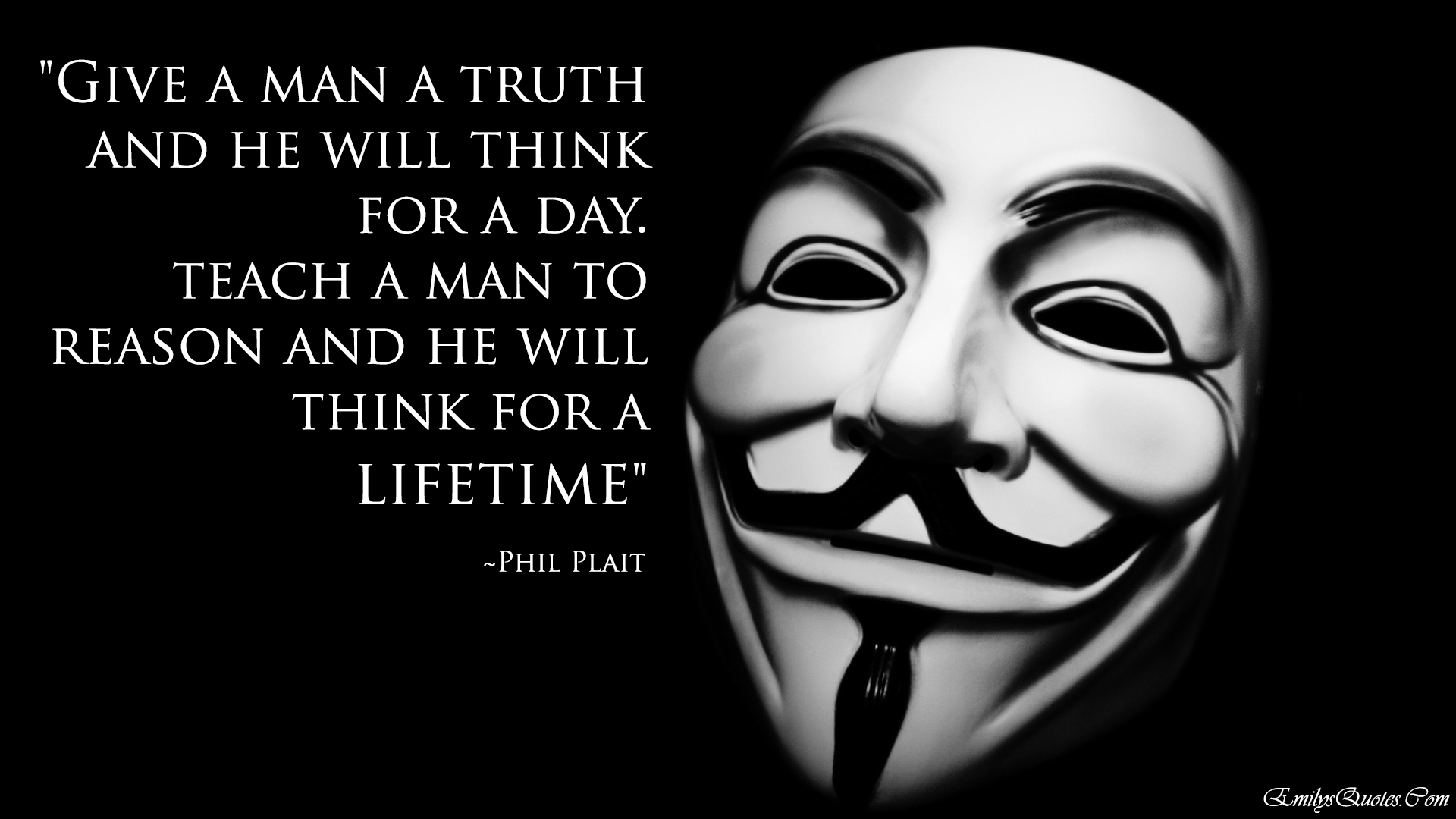 In this course, a goal of ours will be to nurture within you the ability to look at all truth claims with a critical eye. This does not mean that my goal is to turn you into a perpetual contrarian as some believe is occurring:

No, my goals is to develop within you the understanding that claims must be substantiated by evidence and that the Ways of Knowing we use to build that evidence are not infallible, thus, even though a truth claim may be supported by evidence, the evidence used to support that claim may be weak, therefore relegating the truth claim weak as well. This overarching concept of Claim:Evidence:Evaluation has application in too many important realms of your life to list here!

So.  Lets look at some truth claims.

For the claims above, I want you to label them as a “truth” or “belief.”  I then want you to order them from “most true” to “least true”  with 1 being the MOST TRUE of the above statements.

Filed Under: TOK
Tags: belief, michaelsroth, tok, truth
I Whip My Prana Energy Back and Forth: Jaden and Willow Smith on Time, Life, creativity and driver’s ed
Those Who Walk Away from Omelas: A meditation on the tyranny of democracy

0 thoughts on “Belief, Truth and the difference between the two”