Industrial Revolution and the Marxist Reaction 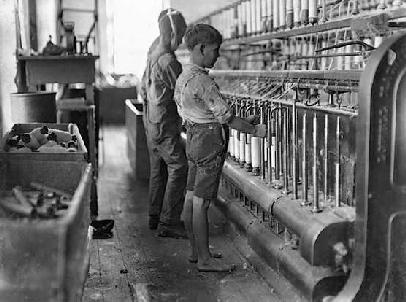 The Industrial Revolution is cited as one of the most important “inventions” in the history of humanity.  In the long run, it has increased quality of life, age expectancy, population, and brought innumerable modern conveniences.  But it’s not all cheap clothing and BMWs….in its early stages, the industrial revolution relied on the exploitation of the many to massively benefit the few. We’ll investigate this dichotomy as we move through our unit of study.

To better understand the origins of the industrial revolution, use the INDUSTRIAL REVOLUTION READER and the internet to complete the learning helper below

Upon completion of the above, download the chart below that requires you to compare/contrast feudalism and the industrial revolution:

Resources Re: working conditions during the industrial revolution:

Reacting to the dire situation of Europe’s working class, Marx wrote “The Communist Manifesto”  one of the most important philosophical works of all time.  Read the primer on marx below, and as you read, think about the history that gave birth to his ideas:

In america, the situation for workers was the same as in europe.  Uptain Sinclair documented the lives of workers in the meat industry in his famous expose titled, “The Jungle” Read an excerpt and answer the questions below: